Microsoft launched Windows 11 on eligible PCs and laptops early last week. Shortly afterward, benchmark results were released on the Internet, showing that Windows 11 had somewhat affected gaming performance. This eliminates a well-known performance hit that affects Windows 11-powered AMD devices, which is thought to be due to Microsoft’s implementation of Virtualization-Based Security (VBS). So if you find that your Windows 11 gaming setup is not as sharp as before, you may want to disable VBS. In this article, we have followed a few steps to disable VBS in Windows 11.

Before moving on to disabling virtualization-based security, we’ve added a brief explanation of the feature and steps to check the VBS status of your Windows 11 PC. We’ve compiled a professional / cons list of what to expect when disabling VBS, which we hope will help you make an informed decision.

What is Virtualization-Based Security (VBS) in Windows11?:-

Virtualization-based security (VBS) is a security feature of Windows 11 that creates an isolated area of ​​memory for security features. This virtual secure mode is built using Windows hypervisor and is different from the rest of the operating system. Microsoft says VBS kernels can reduce the impact of virus and malware attacks. A key security feature enabled via VBS is memory integrity or hypervisor-protected code integrity (HVCI). It checks all kernel-mode drivers and binary before starting and closes unsigned drivers or system files.

Now, you might be wondering why VBS should be disabled on your Windows 11 machine, especially since it is a useful security feature. This is where things get complicated. The popular GPU Stress Test software enables VBS to affect performance, according to independent tests conducted by 3DMark’s creators and PC gamers and Tom’s hardware, especially when you’re using your Windows PC for gaming. So if you feel low FPS in games on your Windows 11 machine, you can consider disabling VBS to increase gaming performance.

Now, if you want to check if VBS is running on your Windows 11 PC, follow these steps:

To access the Windows 11 Start menu, press the Win key, type ‘System Information’ or ‘msinfo32’ in the search box, and click ‘Open’. 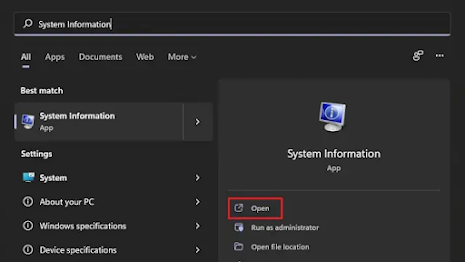 Under the ‘System Summary’ section, you will see an item called ‘Virtualization-Based Security’ in the right pane. If the virtualization-based security value is shown as ‘Running’, you have VBS enabled on your Windows 11 PC. On the other hand, the ‘Not Enabled’ value indicates that your machine has VBS disabled. 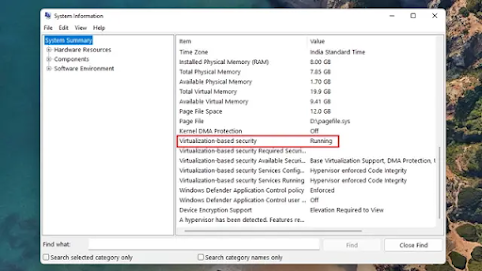 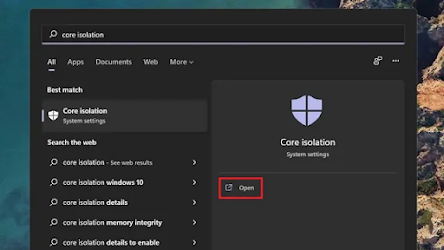 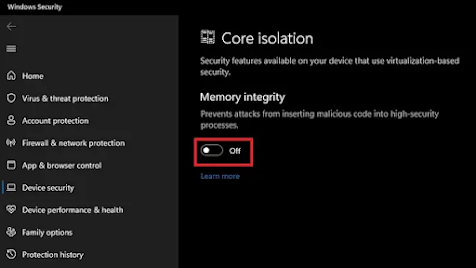 Windows Security will then prompt you to restart your PC. Now click on ‘Restart’ from the notification displayed.

Another way to disable VBS is to remove the Windows components responsible for the feature. To specify, you need to disable Windows Hypervisor Platform, Virtual Machine Platform, and Microsoft Defender Application Guard on your Windows 11 PC.

To get started, press the Windows key, type ‘Windows Properties’, and select ‘Open’. 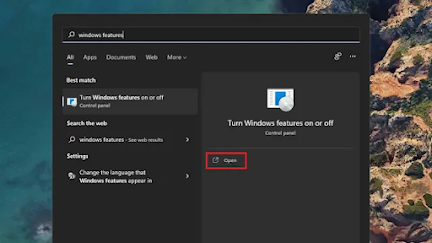 You can use Registry Editor to disable VBS in Windows 11. 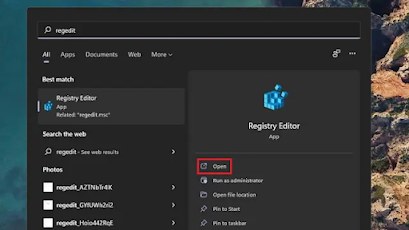 In the Registry Editor, navigate to the path below and double-click ‘Enable Virtualization-Based Security’ in the right pane. 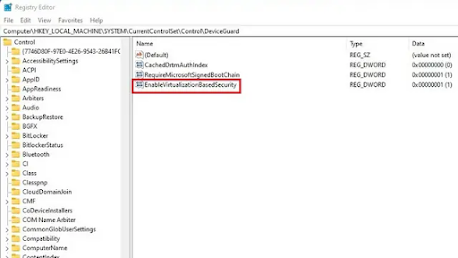 Set EnableVirtualizationBasedSecurity value data to ‘0’ and restart your Windows 11 PC. 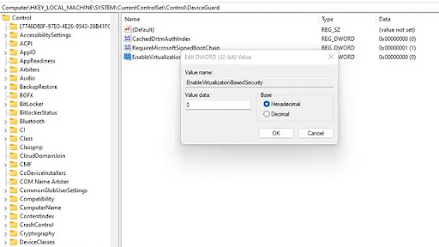 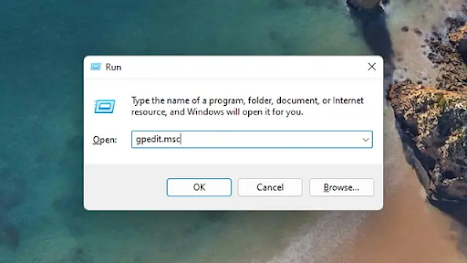 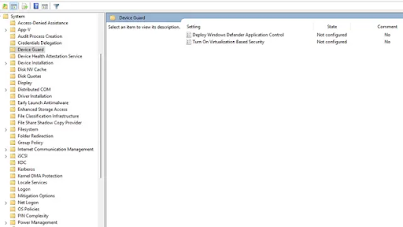 From the right pane, double-click ‘Turn on Virtualization-Based Security’. 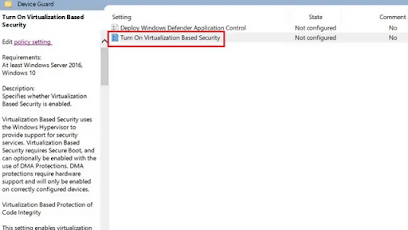 When the Virtualization Based Security dialog box appears, select the ‘Disable’ option and click ‘OK. 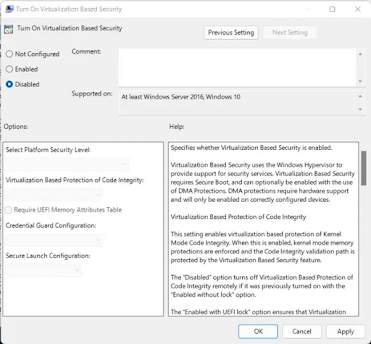 Turn off VBS to Improve Gaming Performance in Windows 11:-

So this brings us to the end of our guide on disabling Virtualization-Based Security (VBS) in Windows 11. However, you can consider this if your PC’s gaming performance is significantly affected after the Windows 11 update. Meanwhile, with our dedicated guide on how to debug Windows 11 and speed up the OS to improve performance.